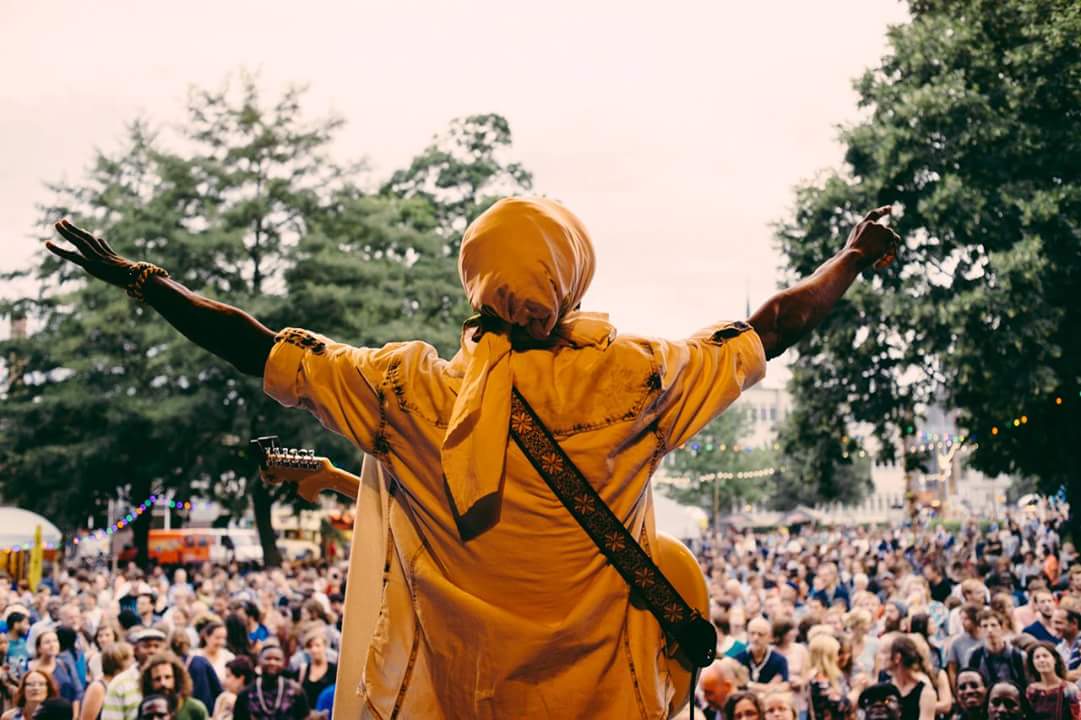 Seekaman means in the Akan language “Land of gold” and that’s exactly where the hard core of this band comes from: Ghana.  Gold Coast was the name of the country before they achieved independence in 1957.
Seekaman is a band located in Gent (Belgium) and their main trademark is ‘Positive Vibes’. Everywhere they play they created an atmosphere of joy & happiness, brotherhood & positivism.
Originally started as a reggaeband, they are now broadening their repertoire with songs which are strongly influenced by different African rhythms: highlife, afrobeat, afroreggae, soukous, … The first album ‘Truth’ was released in 2014. The second album has been produced in 2016 and is called ‘Where is the justice?”.

An excerpt from the review of Karel Michiels, founder of reggae.be, following the performance on “Tribute to Bob Marley” on May 25, 2018 at the Centrale in Ghent. “There have been some African groups in the Belgian reggae scene in recent decades, but none of them has ever impressed me as much as this Seekaman. The recent album (2017) was a very pleasant surprise, this group is even better live, and gives the songs extra color and power with spontaneous licks and chords, often in long, locally improvised jams. Fascinating to hear, see and move on. ”